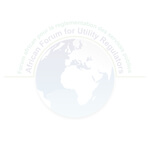 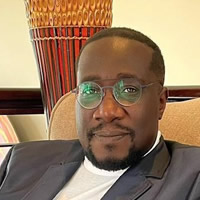 Mr. Andrew Sematimba is the Business Development Director for Kanara Solutions. Before that, he worked for Nedbank for 14 years in various capacities, including General Manager ICT for Nedbank Africa’s five subsidiaries, General Manager IT Process, Head of Nedbank’s Call Center in Johannesburg.

From an Education perspective, his highest qualification is an MSc in Software Engineering from Oxford University in the U.K. He is also currently pursuing a Ph.D. on the topic “Development of a Regulatory Common Network Asset Risk Index Methodology for Distribution Network Operators (DNOs) in Africa.” This Network Asset Indices Methodology comprises of three distinct components: 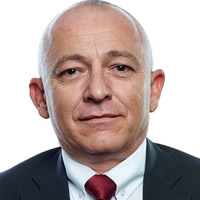 Werner is a veteran local government finance practitioner with more than 21 years experience across the full ambit of local government accounting and finance; from revenue enhancement, tariff setting, budget preparation, investment appraisal through to the preparation of annual financial statements.

He is a Certified Asset Management Assessor (CAMA) and successfully completed the Certified PPP Professional (CP3P)-Foundation examination. Werner is the director of the Asset Management Operations Unit in i @ Consulting (Pty) Ltd, the company widely considered to be a leading technical asset management consultancy and developers of all major asset management reforms in South Africa since the adoption of the GRAP accounting framework.

Werner is credited with a string of successes in improving asset management audit outcomes for municipalities of all sizes and has been involved or lead assignments resulting in 59 unqualified audit outcomes with respect to asset registers since 2013.  He also assisted with the development of a Strategic Asset Management Plan (SAMP) for the City of Polokwane in accordance with ISO 55 000, a first of its kind in South Africa.  He led the refinement and updating of this SAMP 2017/18 and 2018/19, which has been hailed the “most comprehensive Capital Investment Framework (CIF) in South Africa”.   He also developed the first SAMP for the City of Ekurhuleni during the 2017 year

Environmental Protection And Utility Sustainability In The Egyptian Electricity Regulations

Defining the Role of Eskom, NERSA and other Players in the Electricity Supply Industry to ensure sustainability, Consumer Protection and orderly development of the Industry

Adoption of Electric vehicles in Rwanda 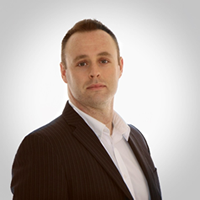 A History of Mini-Grid Market Building and Regulation: how African Regulators and Policymakers have Experienced the Mini-Grid Sector